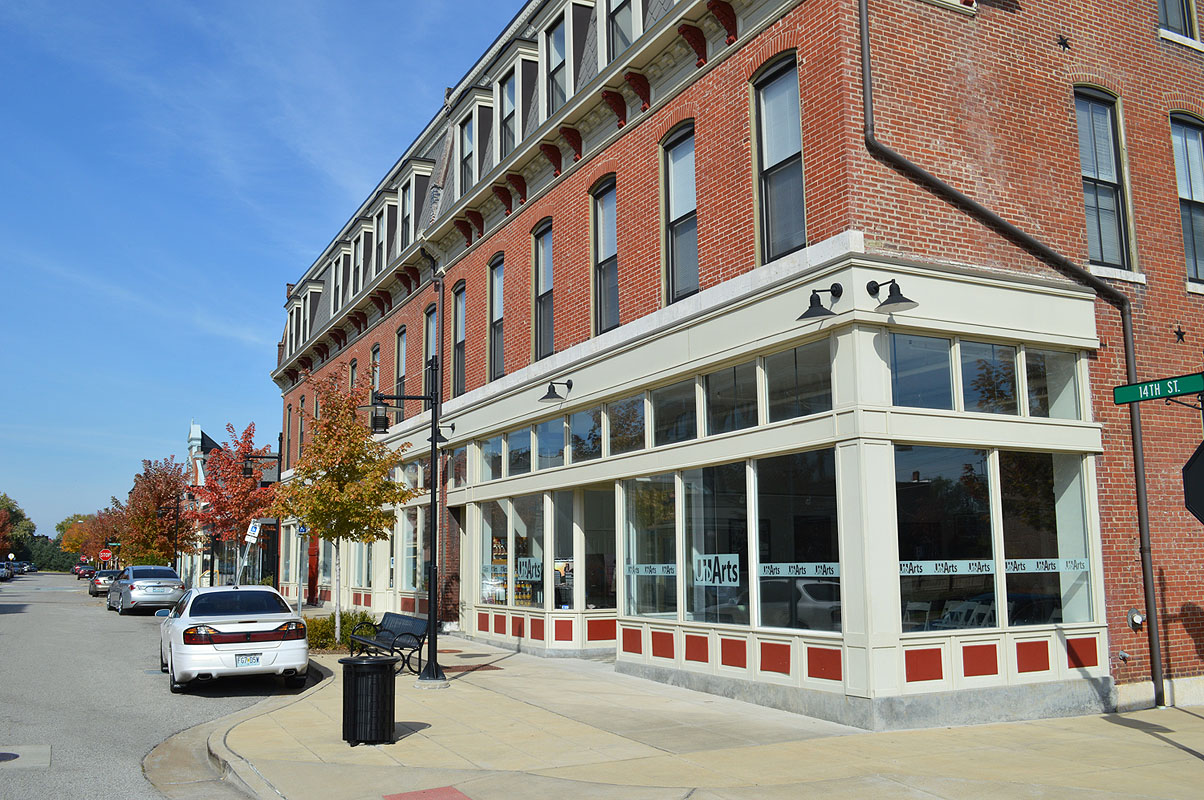 Crown square is located along two blocks of 14th Street between Warren Street and St. Louis Avenue in Old North St. Louis. Many of its buildings date back to the 1800s. Home to the famed Crown Candy Kitchen, the once thriving commercial center began to deteriorate in the 1970s when it was converted to a pedestrian-only mall.